You can improve your brain health with the right diet, due to lack of proper diet guidelines and environment conditions and factors amongst others one might gradually start to loose concentration, focus and retentive memory and the brain always being dull, the Natural Memory Booster Pack has superfoods to boost your memory and focus, help prevent disease and keep sharp as you age

REDUCE SYMPTOMS OF AN OVERACTIVE MIND. Our natural supplement can reduce overwhelming emotions or distractions that may hinder mental performance as an adult.  Our formula provides the essential nutrients needed to enhance positive brain activity, while relieving tension that can be caused by stress or anxiety. natural brain booster pack

SAFE ALTERNATIVE TO INCREASE SHARPENED MENTALITY. Optimal Memory Focus is a natural and nutritional mood enhancer that is non-habit forming and safe. It’s ideal for men and female who want to avoid dangerous prescription pills. Take advantage of our superior brain activating vitamins to boost your mental focus and memory. Our Forever Memory Boost Pack combination will give you real results – SIDE EFFECT FREE!

Brain development begins within a week of conception and by five weeks after conception, the cells in begin dividing rapidly to form the 100 billion neurons (brain cells) present at birth. By the age of four, the brain has increased to 80% of its adult weight. Nutrition, including supplementation, plays a fundamental role in this rapid development. forever memory boost pack

People with attention-deficit disorder and learning disabilities who eat more nutrient-dense foods learn, pay attention and behave better in school than those who eat more sweets, fried foods and salty foods. That’s the conclusion of an article published in “Psychiatry Research” in 2012. Because nutrient deficiency affects children’s brain function, reversing deficiencies can improve their memory and focus.  Incorporating nutrient-dense foods into your child’s diet is the best way to increase her nutritional intake, but taking them as a supplement can be best for your children. forever memory boost pack

When you take natural products in Forever Memory Boost Pack, you are at the same time allowing into your need good eyesight. That’s why vitamin A is so important help– especially for color and night vision.

When we say Aloe Berry Nectar contains our aloe vera, we mean it. This drink contains 90.7% stabilized, inner leaf aloe vera gel paired with natural fruit juice concentrates for sustaining your immune system and maintaining natural energy levels. The aloe used in this delicious drink is hand-harvested from our own plantations and is the first of its kind to receive certification by the International Aloe Science Council (IASC) for purity and potency. forever memory boost pack

Aloe vera has natural cleansing abilities that help the digestive tract absorb nutrients from the foods we eat into the blood stream, while promoting friendly bacteria growth. The unique polysaccharide, acemannan, and other nutrients in aloe help to support the immune system. forever memory boost pack

A burst of cranberries and sweet apples provide a naturally derived, tangy flavor. Superfood cranberry packs antioxidant power shown to be 20 times higher than that of vitamin C and has proanthocyanidins that provide urinary health support in addition to vitamin C. Apple’s special phytonutrient, quercetin, is another powerful antioxidant that helps to make the product a healthy and delicious drink. forever memory boost pack

Apples are great for keeping your body and your mind healthy! Several research studies have linked eating apples to improved brain health, including a reduced onset of neurodegenerative diseases like Alzheimer’s and Parkinson’s. forever memory boost pack

This powerful antioxidant in apples was found to protect brain cells against oxidative stress during an animal study conducted in 2004 by Cornell University researchers. Apples have particularly high levels of quercetin. Scientists believe quercetin blocks free radicals, which, when found in excess, can cause damage to the brain cells as well as other cell types.

The skin of the apples contains the majority of the quercetin, as well as other beneficial antioxidants, so it’s recommended that people eat the entire apple to reap all of its benefits. forever memory boost pack

Apples also boost the brain by protecting against memory loss and lowering the occurrence of strokes. A 2013 research study, featured in the American Heart Association’s journal Stroke, found that every 7 gram increase of dietary fiber lowered first-time stroke risk by 7 percent. One large-sized apple has 5 grams of dietary fiber. Read more about Forever Aloe Berry Nectar

In our fast-paced, multi-tasking society it seems there is more to juggle than ever before. It takes a sharp mind, excellent memory and razor-sharp focus to handle everything thrown your way. What if there was something you could take to enhance your mental clarity and help you stay on top of everything life demands? Now there is with Forever Focus. forever memory boost pack

Forever Focus features a scientific blend of herbs and vitamins known to boost mental awareness. It uses Cognizin®**, a clinically studied form of citicoline which is a nutrient already found in the brain that supports cognitive function, mental focus and attention.

Forever Focus™ is also made with bacopa extract taken from an herb used in traditional Ayurvedic medicine, which possesses adaptogenic properties that promote memory and attention.

Huperzia serrata extract is believed to naturally help support focus, attention and overall cognitive health. Plus, vitamin B12 and B6 are known for their ability help reduce fatigue. forever memory boost pack

Who should take Forever Focus™? We can’t think of anyone who wouldn’t benefit from this great combination of brain-boosting ingredients. Students can support their academic efforts by promoting focus, concentration and brain energy. Athletes will also love this product as a safe way to enhance physical fitness and exercise capacity for intensified workout routines.

Professionals can use Forever Focus™ to help enhance workplace productivity thanks to ingredients known to support mental alertness and memory. Adults and active seniors alike can benefit from our advanced formula to support focus, cognitive function and mental clarity.

If you’re looking to take charge of your day, make Forever Focus™ part of your healthy lifestyle to help you stay sharp and focused. forever memory boost pack

You will find all the benefits of Ginkgo Biloba in Forever Focus product.

Feed your mind with Ginkgo Biloba, the legendary “brain tonic” dating back 5000 years ago. Forever Ginkgo Biloba is a unique blend of four Chinese plants. Ginkgo tree is said to be the oldest surviving tree species. forever memory boost pack

They live incredibly long (often over 1,000years), and are extremely resistant to fungi and insects. Ginkgo Biloba is one of the most popular herbal supplements available in Europe and North America.

Extract from the ginkgo leaf yields flavonoids and terpenoids which strengthen capillaries. They act also as antioxidants. Ginkgo has been shown to increase circulation of the blood to the brain, making it a remarkable “brain tonic.” It also aids with poor memory and mental fatigue, elevates mood and energy, and increases concentration, alertness and metabolism. forever memory boost pack

Many of the brain-boosting ginkgo biloba benefits that researchers have discovered rest on the fact that it’s an effective anti-inflammatory that increases antioxidant activity, lowers oxidative stress and improves circulation — all important factors for maintaining cognitive health. forever memory boost pack

Omega-3 fatty acids are a healthy type of fat required in brain cell membranes. The body cannot synthesize omega-3 itself, so it must be incorporated into your children diet. When children are deficient in omega-3 fatty acids, it can affect their ability to focus. Children with attention-deficit disorder are more likely to be deficient in omega-3s, according to an article published in “Pediatrics” in 2012. The article also stated that omega-3 supplements may benefit children with attention-deficit disorder who aren’t seeing results from medication. Read more about Arctic Sea natural brain booster pack

YOU CAN ORDER FOR THIS COMPLETE

OR YOU CAN BUY HALF PACK 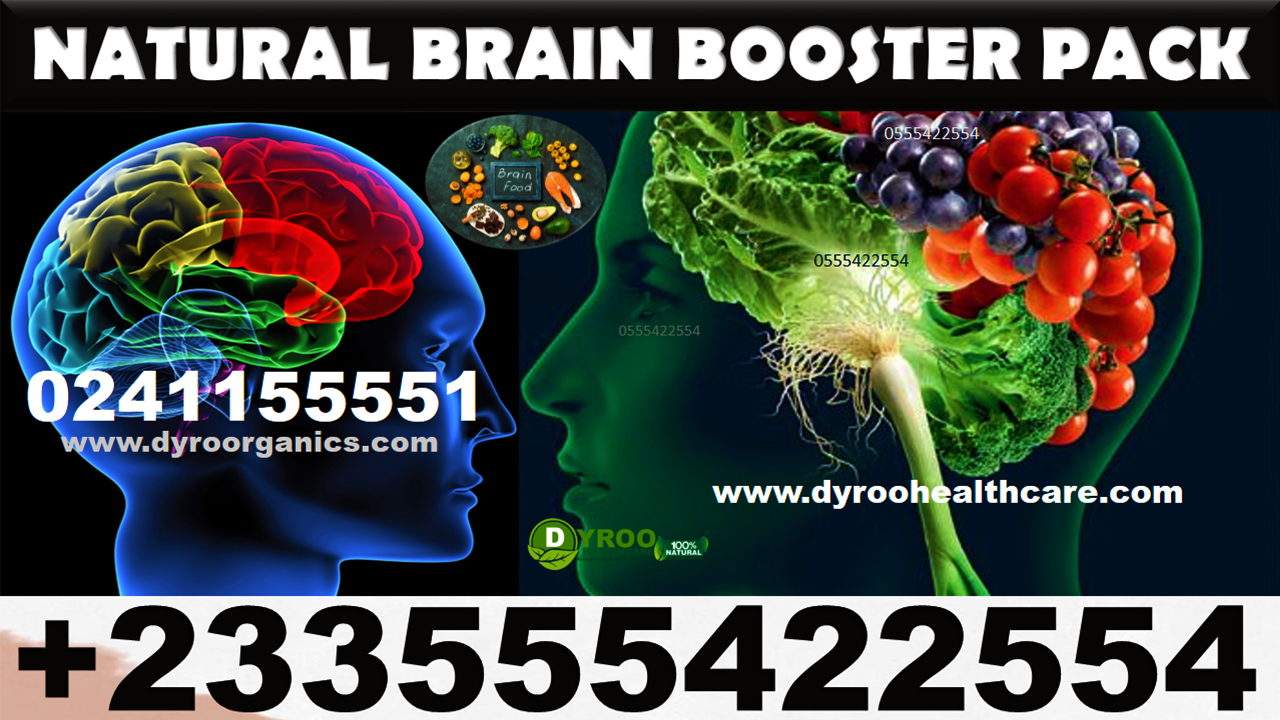 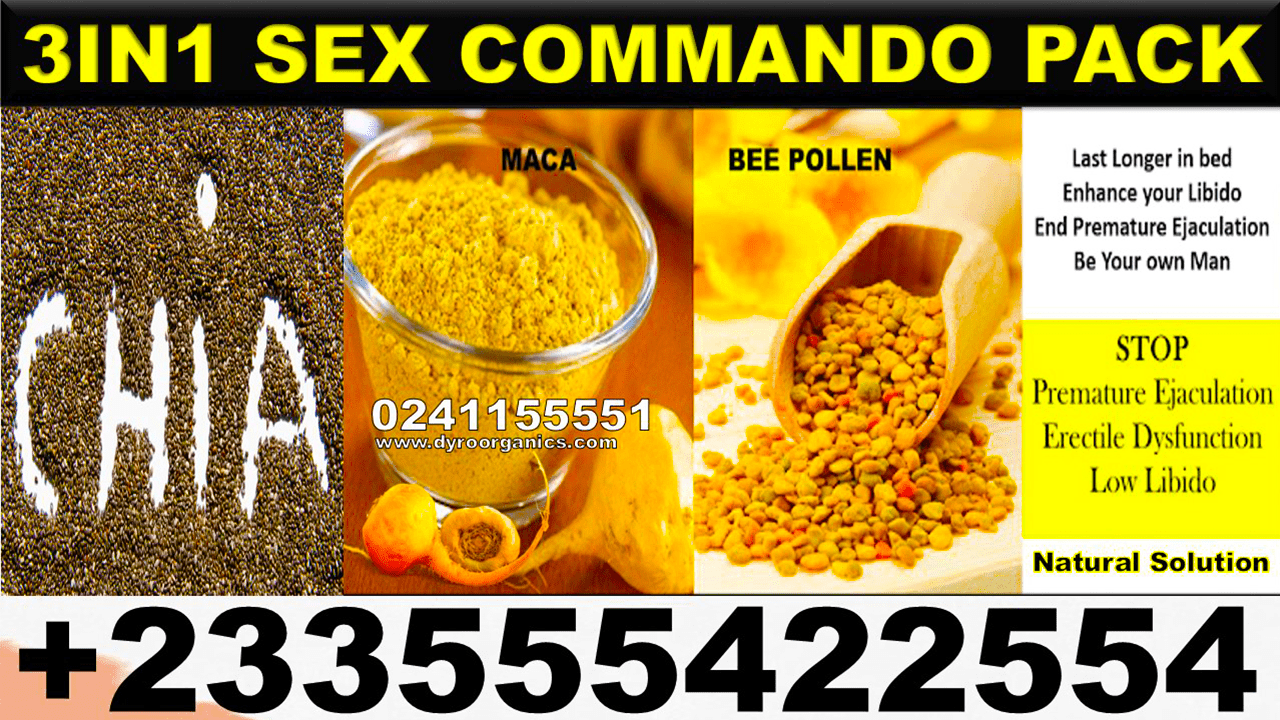 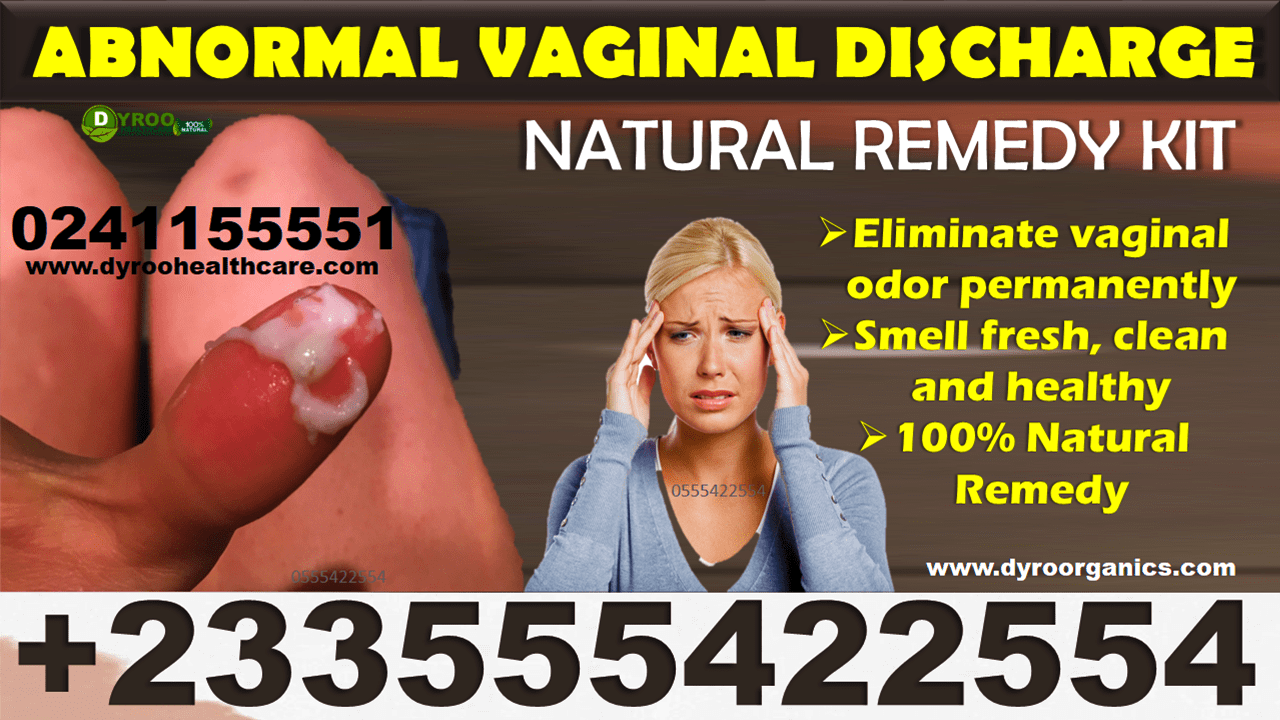 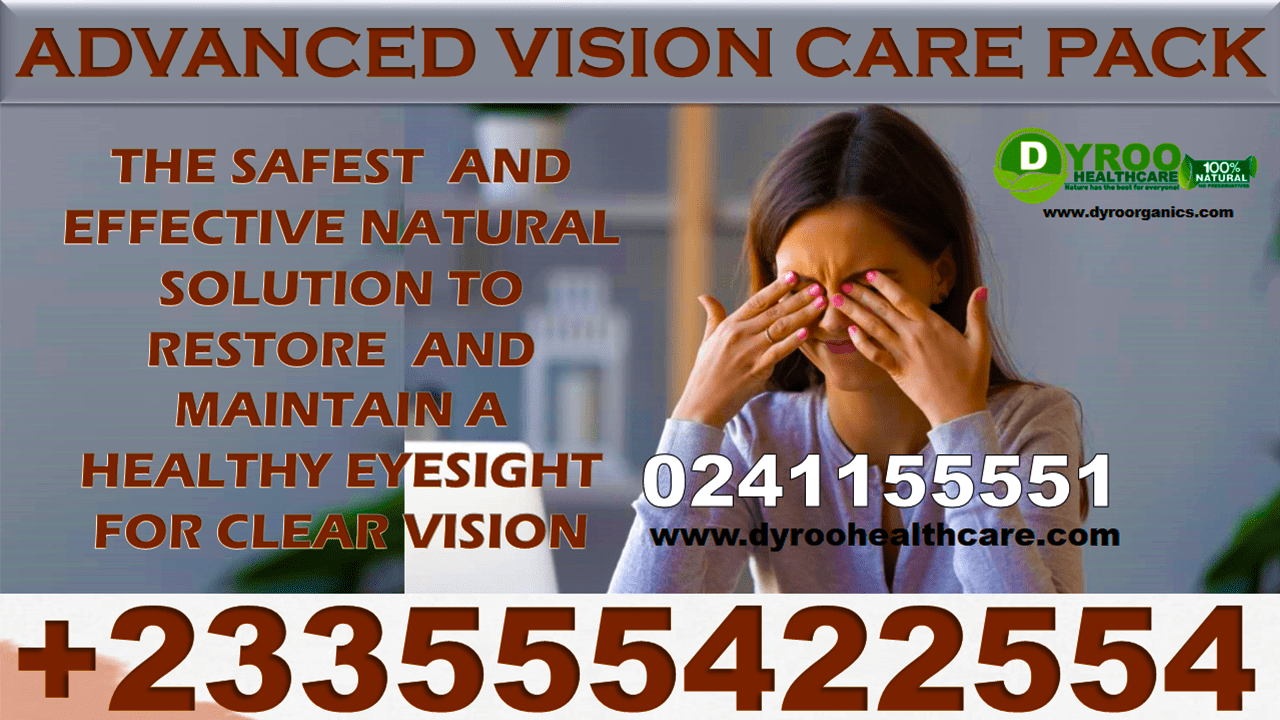 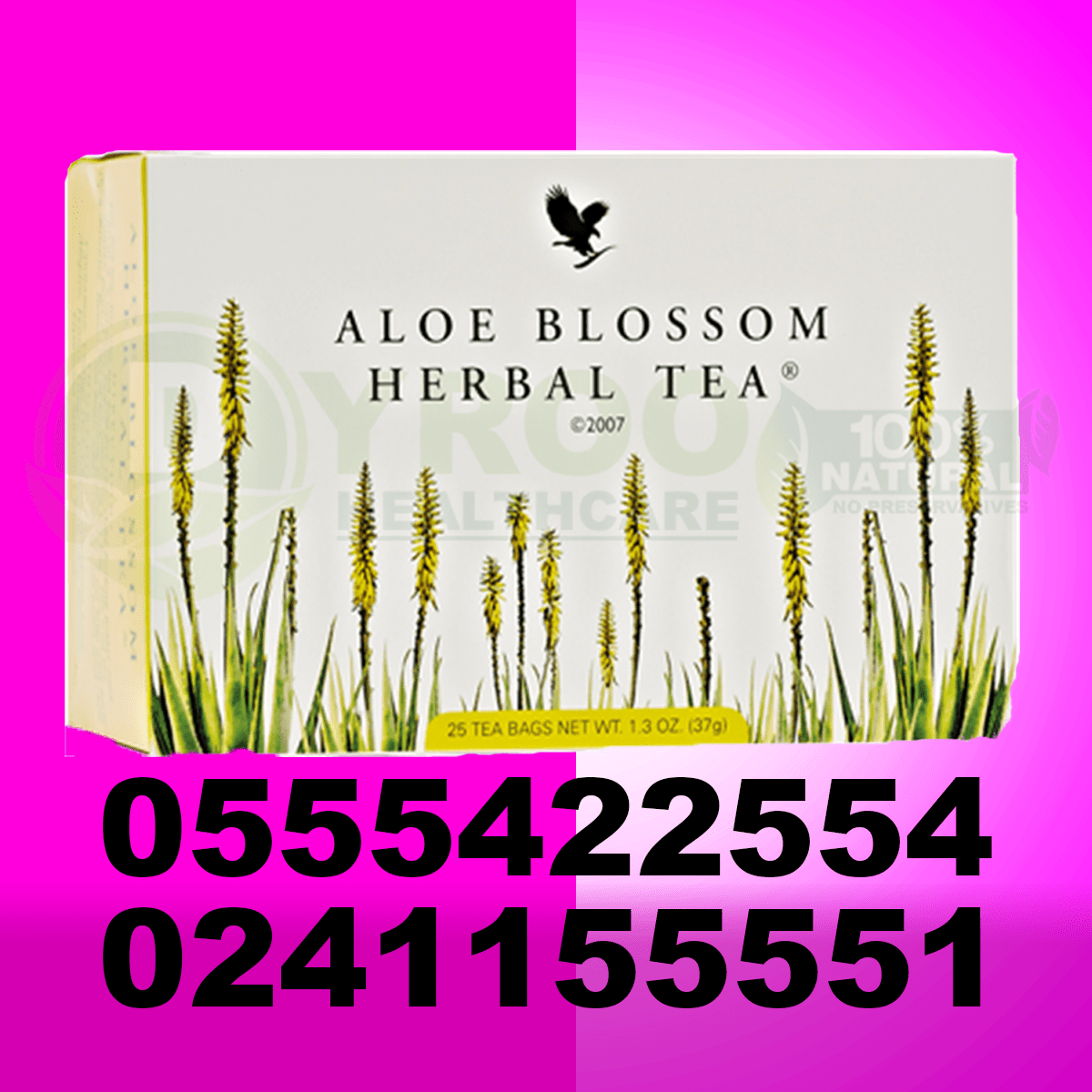 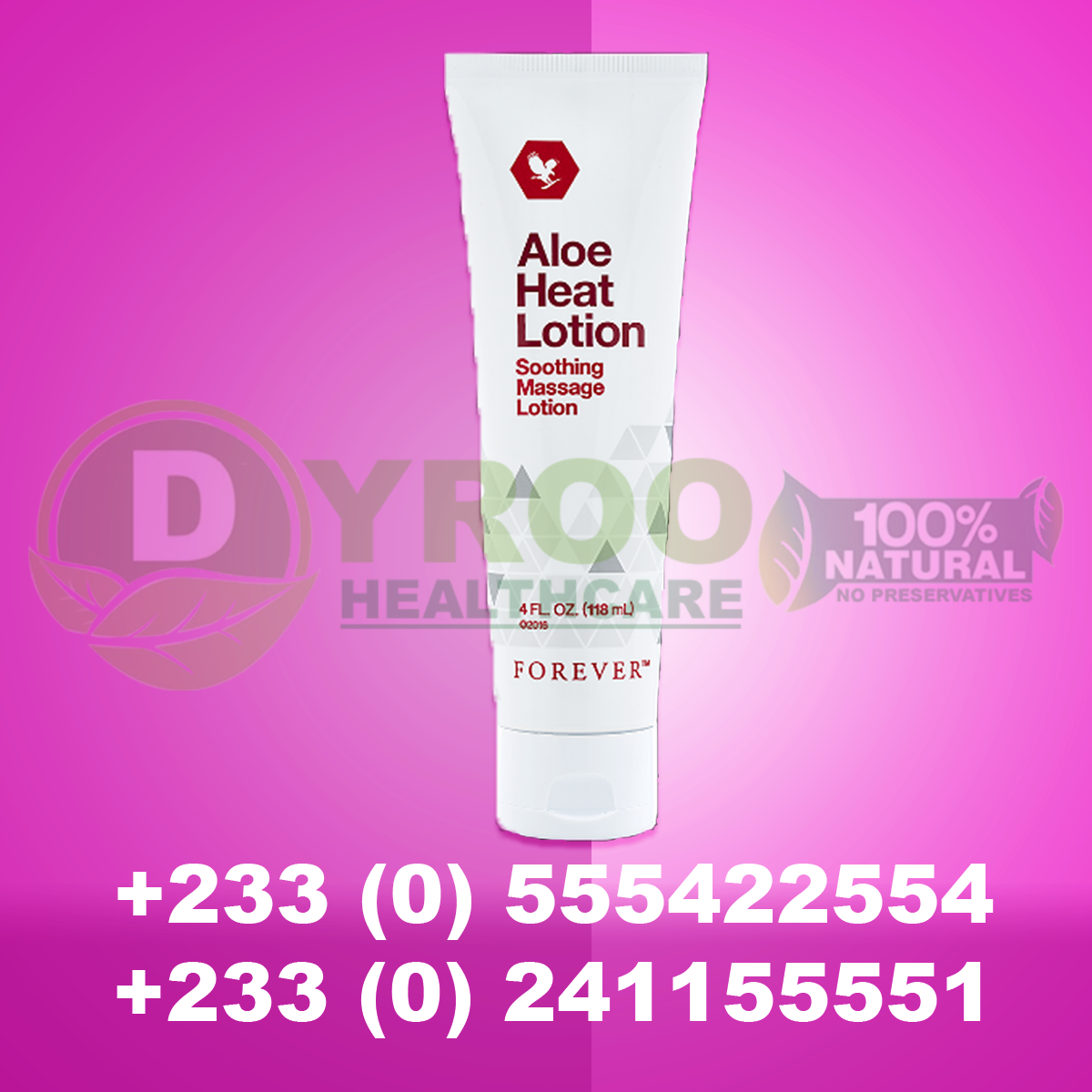 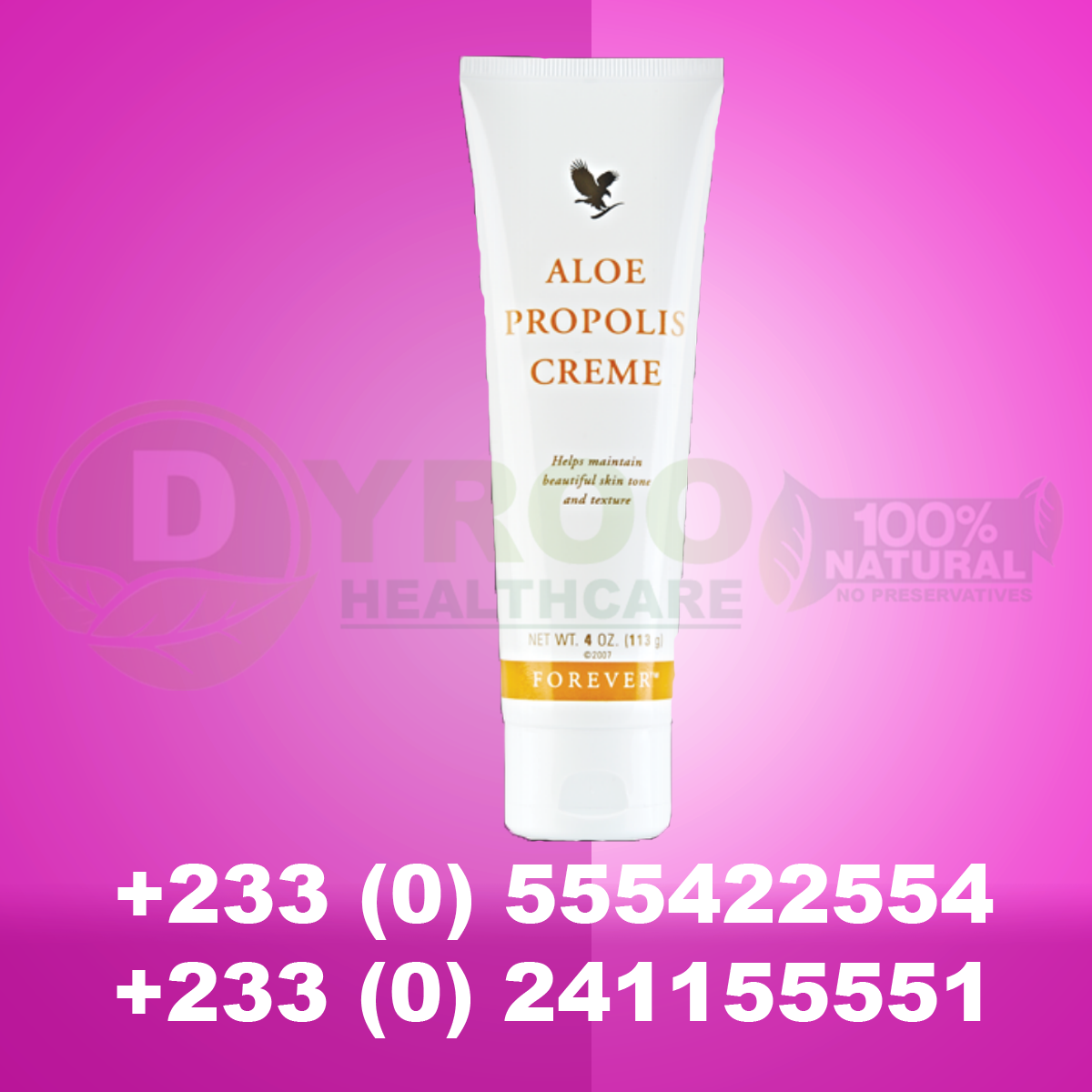 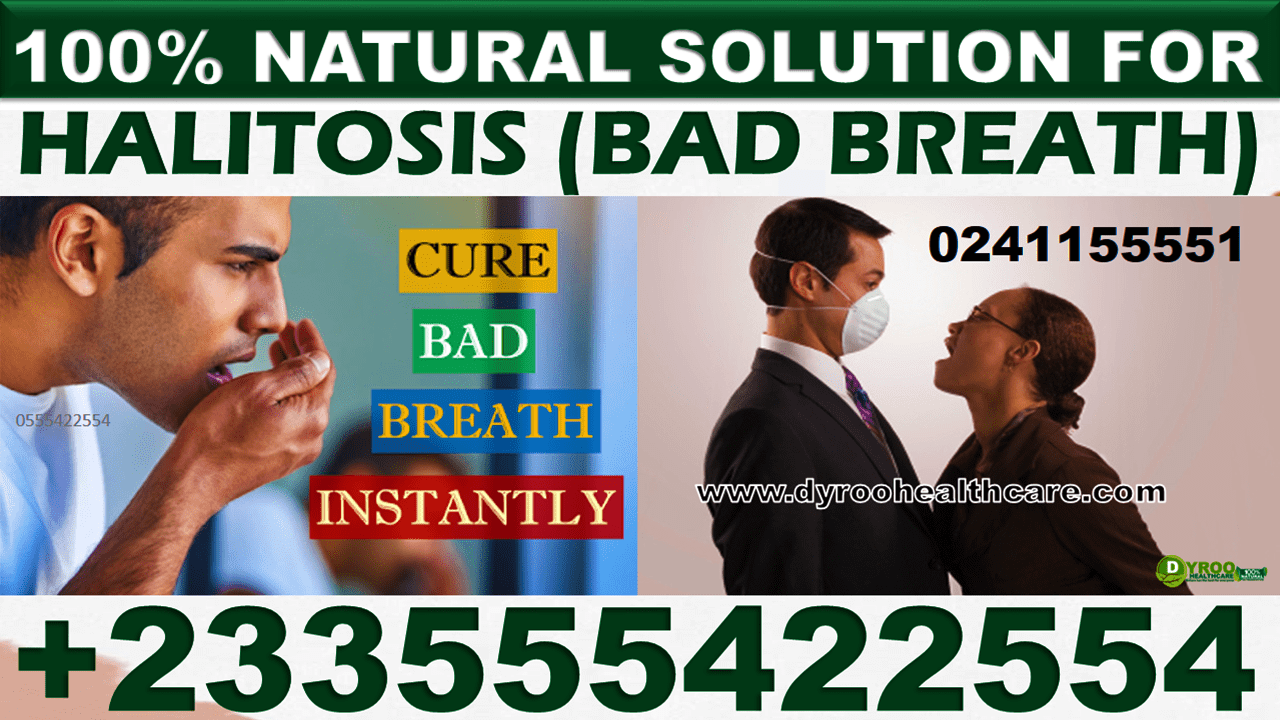 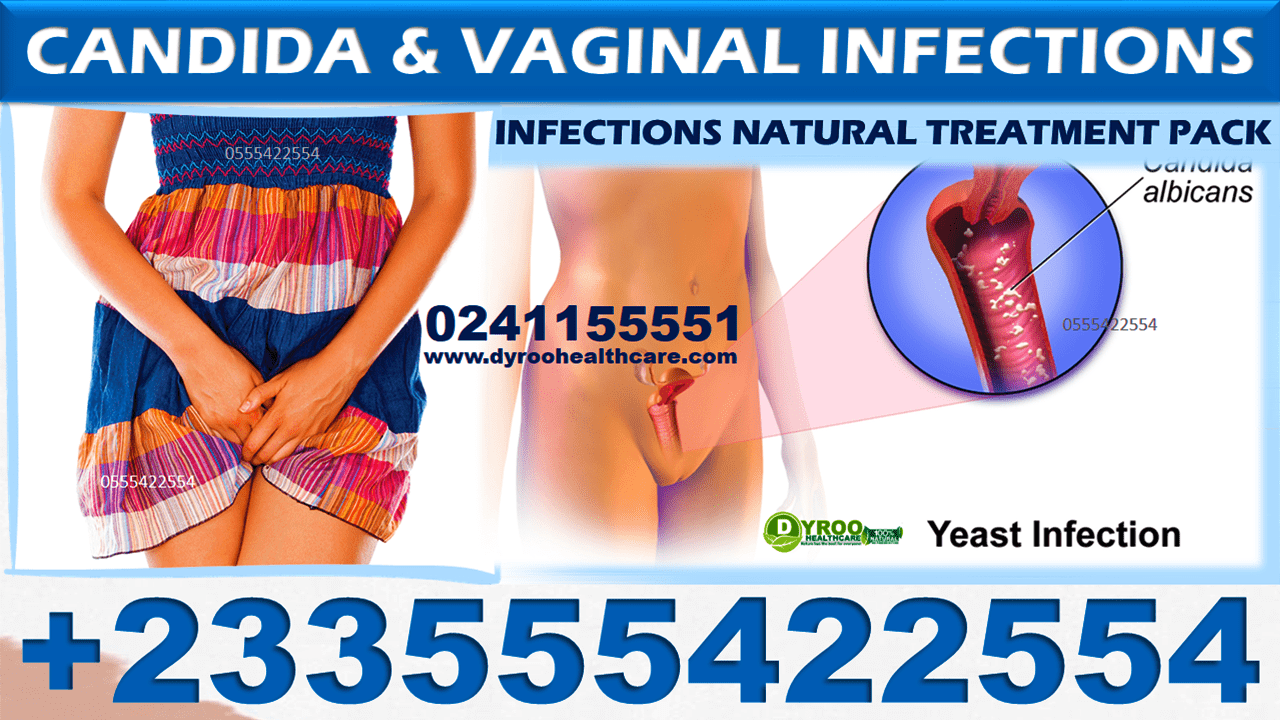 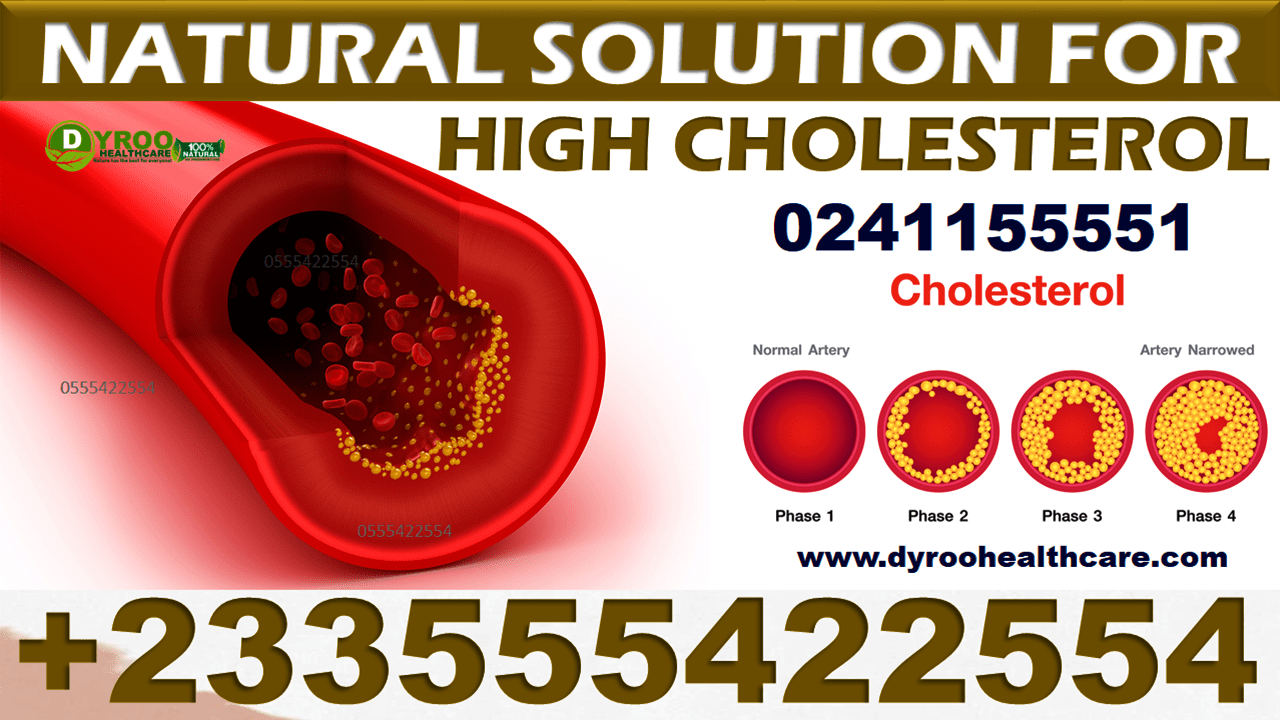 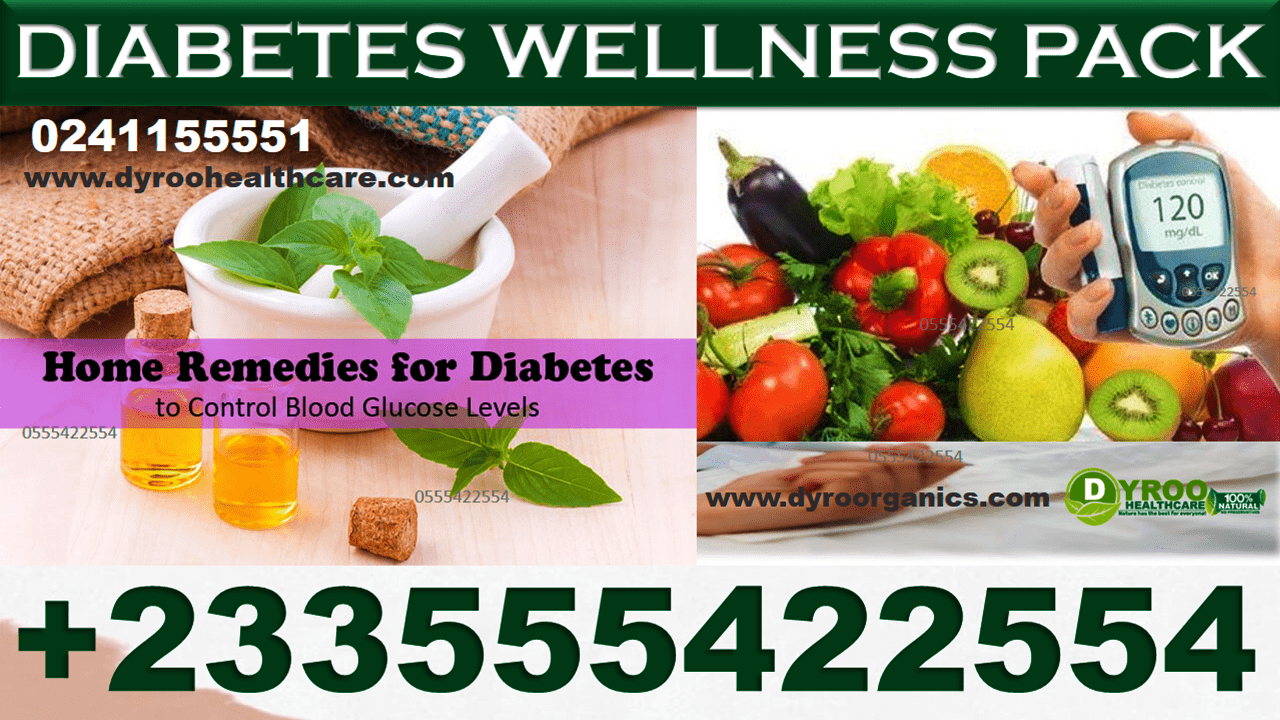